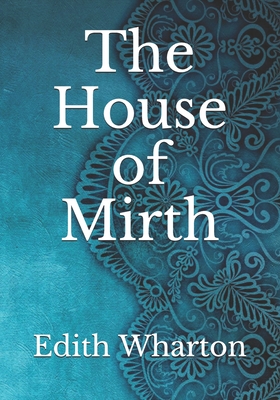 Selden paused in surprise. In the afternoon rush of the Grand Central Station his eyes had been refreshed by the sight of Miss Lily Bart.It was a Monday in early September, and he was returning to his work from a hurried dip into the country; but what was Miss Bart doing in town at that season? If she had appeared to be catching a train, he might have inferred that he had come on her in the act of transition between one and another of the country-houses which disputed her presence after the close of the Newport season; but her desultory air perplexed him. She stood apart from the crowd, letting it drift by her to the platform or the street, and wearing an air of irresolution which might, as he surmised, be the mask of a very definite purpose. It struck him at once that she was waiting for some one, but he hardly knew why the idea arrested him. There was nothing new about Lily Bart, yet he could never see her without a faint movement of interest: it was characteristic of her that she always roused speculation, that her simplest acts seemed the result of far-reaching intentions.An impulse of curiosity made him turn out of his direct line to the door, and stroll past her. He knew that if she did not wish to be seen she would contrive to elude him; and it amused him to think of putting her skill to the test."Mr. Selden-what good luck "She came forward smiling, eager almost, in her resolve to intercept him. One or two persons, in brushing past them, lingered to look; for Miss Bart was a figure to arrest even the suburban traveller rushing to his last train.Selden had never seen her more radiant. Her vivid head, relieved against the dull tints of the crowd, made her more conspicuous than in a ball-room, and under her dark hat and veil she regained the girlish smoothness, the purity of tint, that she was beginning to lose after eleven years of late hours and indefatigable dancing. Was it really eleven years, Selden found himself wondering, and had she indeed reached the nine-and-twentieth birthday with which her rivals credited her?"What luck " she repeated. "How nice of you to come to my rescue "He responded joyfully that to do so was his mission in life, and asked what form the rescue was to take.