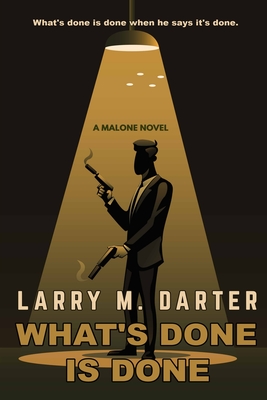 Wise-cracking, Shakespeare quoting L. A. private investigator Ben Malone is back in this ninth installment of the Malone Private Investigator series.

When L.A. private investigator Malone's attorney friend, Liz Harper, with the gorgeous legs he finds irresistible, asks him to take a case as a personal favor to her from a former law school acquaintance who practices criminal law in New York City, he has reservations. But Malone agrees, even though he feels sure the New York lawyer, Bennett Holden, is holding out on him by leaving out some pertinent details.

Holden hires Malone to intercept a woman at the Los Angeles International Airport arriving on a flight from New York City, to tail her to her destination, and then report her location back to him. The thing is, nothing seems to make sense, until it's too late. When Malone learns the truth about why Holden wants the woman found only after he's already given away her location, he can't just drop it there or accept the old adage "what's done is done." Instead, he goes to work making things right by unwinding the injustice he helped cause. What's done is done when he says it's done.

But since the case turns out to revolve around a small fortune in diamonds worth over a million bucks, some criminal types conspiring with Holden want to erase Malone from the equation permanently by any means necessary.