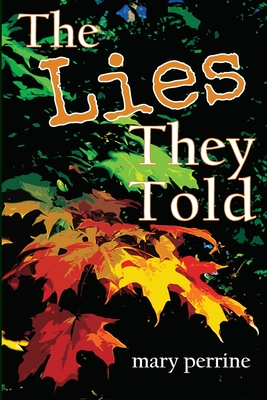 The Lies They Told

No one noticed me until the day I went missing. From that point on, they couldn't stop seeing me. My face was plastered everywhere - in the news, on social media, and on fliers tacked up around the small Minnesota town of Cedar Point.

For my entire adult life, I had been invisible. I wasn't an oops, a child my parents would eventually grow to love. I was a dammit, a baby no one would ever love. Lily and Laurel, my identical twin sisters, were my parents' dream. I was their mistake. Plain Jane is what they called me.

I had always lived in the shadow of others - until a terrifying call sent me on the run. Someone wanted me dead? Was it my prominent husband, who was privately abusive? My estranged parents? the town drifter, with whom I was closer to than my own family? Or the Chief of Police, someone I had loved since I was twelve? Were some working together? I could trust no one.

All these years, I thought no one saw me. But as the lies blossomed, I realized everyone had from the very beginning. Like a marionette, I had been forced to dance. I was a puppet with many masters, each waiting for the perfect moment to use me and then cast me aside.

While some lies are small, the lies they told had the potential to destroy me.