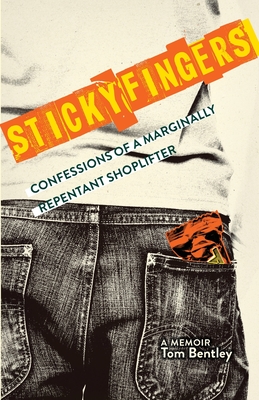 Confessions of a Marginally Repentant Shoplifter

Tom Bentley was that kid. He was a dedicated, accomplished shoplifter through his high school years, so much so that he treated it as a business, taking orders for record albums, tape recorders, clothes, liquor and all sorts of glittery little gewgaws from his peer clients, and instructing a small team of fellow five-fingerers in matters of the trade.

During the four-year period between age 15 and 19, Bentley was a lunatic thief, and became more and more brazen: He dribbled basketballs out of stores, marched out holding new briefcases as if he were a businessman, strolled out with completely unrolled sleeping bags-a model student, er, shoplifter.

He stopped-temporarily-only after spending a few days in jail for stealing a bottle of Scotch. Budgeting as a high school student can be so restrictive: Bentley felt that stealing all the things he "needed" seemed to be a reasonable answer. Even after graduation.

That was Bentley's first experience running a business, and it was a successful one--with some unsuccessful consequences. Another detail: he was a Catholic altar boy from a nice, middle-class Southern California family too. That didn't seem to help with the shoplifting. Bentley developed some intriguing shoplifting techniques and shares them here. (Caution: don't try this at home--or in any stores )

Spend some time, from the late 60s to the early 80s, journeying with Tom Bentley as he goes from Southern California to Canada to Las Vegas to Seattle, pilfering all the way. Sticky Fingers has examples of colorfully bad judgment, the cracking of the social contract, pangs of conscience, and humor-it's lively, surprising, and fun. And mostly illegal.